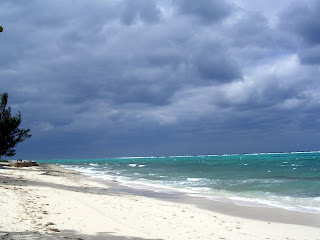 Firstly, thanks for all your kind and funny comments on our last post about movie fundraising. It’s great to hear from so many people not only sharing the same experiences but having a laugh at them too! So, we hope you enjoy our concluding part this week. Please keep reading Movie Beach, and keep the comments coming.

We received an enticing invitation to visit Cairo to meet a handful of willing movie investors. It would also be an amazing chance to experience Egypt and catch up with an old friend, but we quickly found out that our contact, Ms. H, had somewhat exaggerated her assurances of “millionaires” waiting to write us cheques, and we spent a week driving all over Cairo to no avail. There’s nothing quite so sobering as making a presentation to a handful of people politely trying to smile and appreciate your presence, but who have absolutely no idea why you’re there. Some even applauded graciously as they left the room, wishing us well in a quizzical sort of way. One particularly memorable wild goose chase involved three of us squeezed into the back seat of a rickety and hot old Egyptian taxi as we drove a hundred miles into the desert to visit a mad millionaire who had built a golf course and mega-resort. He “just couldn’t wait to meet us”, we had been told, and he couldn’t have been more hospitable. But we were a little misled: he obviously had never heard of us and thought that perhaps we had turned up to buy one of his yet-to-be-built condos! One more notch on the saddle, then, and we did see the Pyramids. But sadly no thanks to Ms. H.

Next up Mr. D, a seasoned start-up investor and hi-tech financier. We had spend a couple of months in negotiation with him and he had agreed not only to invest but also help us develop our investment fund, which we were then in the process of launching with a major bank in Luxembourg, where Mr. D had business interests. He was also a fellow marathon runner, music fan and all-round good guy, so we flew to New York to close the deal. However, we knew when he greeted us with “Hope you didn’t come all the way just to see me” that things might not be going quite the way we had hoped, but we soldiered on bravely. Although he loved everything about us - enough in fact to offer to invest before we got there – well, he just hadn’t really meant it quite that way, after all. No thanks to Mr. D, then.

We were optimistic as we flew into Dubai on a trip arranged by N, a good friend of ours. His local contact Mr. M assured us that investors and banks were waiting to see us, on the say-so of one of his royal connections. We weren’t complete fools and we already knew how many mugs had spun their wheels in the desert sand waiting on so-called “royal” deals to close. But we took it on faith, especially since N was doing business there himself. The first meeting set the tone as we drove to the first bank we’d been told would surely invest into our projects. But instead of heading to the glittering downtown skyscrapers we dropped in on a local branch manager who simply looked confused. Getting back into the car Mr. M said it had been a simple misunderstanding but, sadly, it went on. One out-of-town bank after another, a gala dinner attended by a so-called influential financier – which we were pressed into paying for, belly dancers and all! – culminating in lunch at the home of one the Sheikhs. As we fled from our hotel room to the lunch date, with N shrieking hysterically down the phone “The Sheikh’s waiting for you!” we reflected on his assurance that we would surely now “close the deal” . . . but, we didn’t. You get the picture? - lots of time-wasting, meaningless meetings, dinners and lunches and not a word about business. In fact it was all going so well, said Mr. M, that we should stay on another couple of weeks. We thought about it, pinched ourselves just to be sure, and cut our losses. Lesson learned and no thanks to Mr. M. Until . . .

Until, that was, we got a call a few months later from Mr. H, who we had met in Dubai. He said he had a client who had already committed to invest, and could we please help him arrange the deal? In the space of just a few days we exchanged papers and received a bank confirmation that a substantial sum was on its way. This would be the start of a stream of business and we envisioned slates of movies unfolding before us. But, and oh yes there’s a but, despite receiving a bank confirmation the funds somehow never did arrive. We don’t know if the investor changed his mind or if Mr. H had been just a little keen to earn his commission but it had flickered brightly and only briefly, with no thanks to Mr. H.

We got a call from Mr. B while we were developing our movie fund, to say that he wanted to invest $1 million and work with us to build up the fund. He loved our concept so much that he had formed a company to work with his private bank to raise funds for us and develop our own slate of movies. However it quickly became apparent that Mr. B and his two partners each wanted to be the boss, and moreover they each wanted to be our boss. They believed that if they raised any money for us then they would run our fund. That was to be only the first of many warning flags. But we never did get as far as having to clarify our ownership issues because, despite having a great concept and the contacts to make it happen, Mr. B and his partners ended up raising nothing, and fighting over control of their unproductive entity. They quite literally sued themselves out of business, leaving us disappointed but relieved that they had shown themselves the door. So, no thanks to Mr. B.

By the time we met Mr. P we already were in business together. He ran one of the largest private industrial conglomerates in the UK and was seeking to elevate his fledgling film distribution company by accessing our Hollywood partner’s contacts and experience. After several conference calls we had a signed contract in place for Mr. P to contribute substantial funding. He had arranged to meet our partners in Los Angeles, and committed to put in place the first $25 million of our joint film fund before meeting them face-to-face. All sounded well and, sitting in his London office he repeated his assurances of funding and business success. But during the entire meeting his gaze was fixed on two TV screens on the wall behind us, and when we shook hands to cement the deal, he contrived to look in some other direction altogether. You may have spotted a pattern here: in last week’s post we mentioned a couple of shysters with shifty eyes. Well, we judged Mr. P by the deep insincerity of his over-the-shoulder gaze and so it proved. After a half-hearted attempt to latch on to our L.A. partners without honouring his own commitment, Mr. P drifted off the scene. Another big-promising talker and we were better off without him of course. But for wasting all of our time, no thanks to Mr. P.

So, we have been around the world a bit in our search for the right movie investors. From the feedback we’ve received this last week it’s obvious that we’ve all kissed our share of frogs on the way to meeting the one or two business partners who really matter. We firmly believe that to find opportunity you need to go looking for it – and that results often come from unexpected places. Someone commented last week that maybe we should have saved our (miniscule!) travel budget and made a micro-budget movie instead. Fortunately someone else then pointed out how important it is to make every effort and meet your prospects face-to-face. We couldn’t agree more, as you can only really get the measure of someone when you meet them yourself, and preferably in their own back yard. Unless you demonstrate that you’re committed to doing whatever it takes to get your job done, and your movie made, well you might as well stay at home.

It’s also just one of the most important things in the world to travel, and you owe it to yourself to take every opportunity to travel, whatever the circumstances. In our case, as an accidental side-effect of our catastrophic Cairo comedy tour, we actually raised quite a lot of money later on through contacts we would never have met otherwise. And, if we hadn’t gone out on a limb and relocated last year, we wouldn’t have met our friend Captain R., who introduced us to Mr. M, who’s just pledged to fully finance our next movie. Coincidence, maybe, but a lifetime of dedication to the cause got us there. As George Clooney’s character in “Up In The Air” says: “Moving is living”. And if you can do business at the same time as travelling, well that makes it all worthwhile.

The Out Of Obscurity team.
Posted by balconybar at 1:55 PM

You are right.....it is a journey. I will admit that I have been so frustrated and ready to give up on this whole darn thing. But, I do believe it is a learning experience. I also believe we grow through our experiences and it puts us closer to where we need to be to then be able really succeed. What I have learned through this experience is to "trust" that there is a purpose and to "believe" in yourself and in your project that when the time is right the right people will be there to make it happen. We need to have "faith" in the process and "appreciate" the people we meet on the way.....
I came across your site in my search and appreciate your insight, your wisdom, and your friendship.