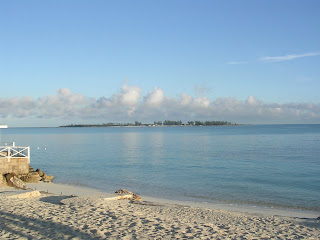 Bialystock: You're an accountant! You're in a noble profession! The word "count" is part of your title!

Bloom: I'm a nothing. I spend my life counting other people's money. People I'm smarter than. Better than! I want... I want... I want everything I've ever seen in the movies!

How many producers does it take to change a lightbulb? A whole lot it seems, and they’re all in the same room fighting it out over The Hobbit – which has cost almost $50 million so far without a frame being shot, en route to an estimated $500 million production pricetag. Sounds to us like there’s a whole lot of trouble a-brewing down under where Peter Jackson’s just about to begin shooting the movie. Not only has Guillermo del Toro recently stepped down as director after two years and moving his family to New Zealand, but one of Jackson’s studios burned down last week, no doubt adding to the cost.

But, the thing that caught our eye was the mire they’re in with financing the picture. Not only have Warner and New Line just swept up the legal debris of The Lord Of The Rings, including settling with Jackson himself and the Tolkein estate, but they’re waiting on the almost-bankrupt MGM to come up with its half of the production budget. MGM’s creditors, and potential future owners, will surely find the money for the Hobbit and also the next James Bond movie, as a safe bet to generate future income if the studio is to survive. But the funny part is that when the two Hobbit movies eventually get released, in 2012 and 2013, there’s a whole line-up of parties waiting to share in the gross revenue. It’s hilariously reminiscent of Mel Brooks’ formidable classic The Producers, in which Zero Mostel rounds up an army of little old ladies who each believe they own a large slice of their Broadway show and a share of the profit when it becomes a surprise hit.

Just like The Producers, we can see the court cases cranking up if The Hobbit ever takes a dime at the box office . . . . The LA Times reported last week that New Line, Warners and MGM will be joined by the Tolkein estate, Peter Jackson, Saul Zaentz (who previously owned the Tolkein rights), Walt Disney Studios and Bob and Harvey Weinstein (who developed the Lord Of The Rings movies at Miramax) in sharing gross revenues from The Hobbit. How a movie with so many gross participants can ever hope to generate a profit is beyond us. So heaven help anyone else who believes they’ve got a share of profit coming to them. But of course, just like Bialystock and Bloom intended in The Producers, many big Hollywood movies never actually make a profit, at least not on paper.

You may know from some of our recent posts that we like to see the truth win out – at least as close as Hollywood can get to the truth where money’s concerned. It’s notoriously hard to enforce film financing agreements, and several artists have sued recently for participation that they were promised under contract. It’s great to see court victories for some – Don Johnson even had his Nash Bridges verdict increased from $23 million to $50 million to allow for interest on his share of the profit. More cases are going to court: this week Matt Dillon sued producers for a share he claims he was denied from the movie Crash. In most cases we’d bet the production companies probably don’t have the cash sitting around on the off chance that they might have to pay out. And no doubt some companies or maybe even studios would be in extreme difficulty if they lost such judgements to actors or producer partners claiming an unpaid share of historical revenues.

So, it seems to us the bigger message is that perhaps, now that the spectre of enforcing old contracts has become a reality, just maybe Hollywood studios and producers will start to do the right thing and honour contracts, smarten up their accounting and pay participants fairly. Sleight of hand exists at the margins of many businesses but usually it’s bordering on the criminal and gets found out and fixed. It’s only in Hollywood that so-called “studio accounting” is a mainstream practice which the establishment is fighting in court to try and protect. We’ve all heard stories about someone getting short-changed on a movie deal, it’s not just a figment. But the growing trickle of cases seeking to apply fairness will inevitably change the accepted practice, and the movie financing playing field will get a bit more level as a result.

The Out Of Obscurity team.
Posted by balconybar at 4:28 PM No comments: