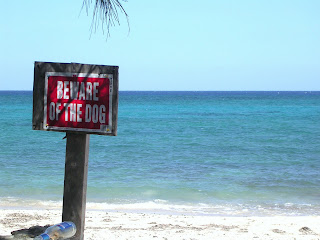 We happened to see a little-known movie on TV the other day called Made In Romania, a comedy about the making of an indie film. It was a light-hearted little thing with plenty of inside-the-movie-business chuckles and the central premise of the producer being ripped off by the financier, who insisted the movie be shot on location in Romania. But the funniest thing about the whole movie was the final credit, which read:

NO THANKS TO . . . all the miserable buggers out there who said no.

If you’ve ever been involved in raising money for movies – or any other entrepreneurial venture for that matter – you’ll recognise the sentiment in that one line.

Having been up the sharp end ourselves we were reminded of a few times we had been told “yes” by prospective investors, only to find that the money never arrived, the cheque bounced, or they never again answered their phone. And rather than dwell on the mind-numbing questions of why people do that sort of thing and how much pain you need to go through to get something worthwhile done, we thought we might share a few episodes we’ve encountered along the way. Miserable buggers, all of them!

Shortly after we started our company we were raising funds to look after our early business plan goals when we met Mr. G through one of our start-up investors. Over coffee in Singapore Mr. G regaled us with tales of his formidable investment company and uttered the magic line “Is $5 million enough?” Well that was that, we thought, we’re off to the races - as he promised to get back to us to discuss his company’s investment. But we should have paid more attention to his shifty eyes and crooked teeth, as we never received a dime from this guy. No thanks to Mr. G then, and we were off and running on the fundraising roller-coaster.

We were introduced to Mr. M by a mutual friend who said “He’ll take care of all your needs” which indeed seemed to be the case when we flew to London to meet him. After dinner in his Mayfair townhouse and being welcomed into his family, we heard the magic words “You won’t have to go anywhere else, I have all the contacts”. A genuine billionaire, Mr. M also had an actor son who wanted a supporting role in our debut movie, which we were happy to accommodate. OK then, and all’s well. However in the following weeks and months it became obvious that Mr. M liked the sound of his own voice more than he was prepared to do something about it. He retreated gently from our “main man”, through “camp follower” until he became a thin voice on the horizon uttering platitudes about “considering the situation” in a couple of years’ time. Funny and sad, especially as his rich-boy son never did develop a movie career for himself. No thanks to Mr. M.

We met Dave, a relative of our good friend S, in a bar in Singapore. As the beers went down, and as David began to glaze fondly at my beautiful business partner, he offered to finance a new venture between ourselves and S, which would finance our company’s future success. We would have loved to work directly with S, however the conversation lasted another couple of beers before David’s commitment became a little fluid, and it didn’t take long until he’d forgotten it altogether. We remain firm friends with S, but Dave? – never heard from him again. Beer money wasted and no thanks to him.

We were by now close to launching our movie investment fund. So when we were introduced to Mr. A and his large Japanese financial conglomerate – which coincidentally was getting into financing films and wanted to set up a film fund – it seemed like a perfect match. And so it seemed when we flew in to Tokyo to greet our new partner and Mr. I, its venerable founder. Our plan was agreed by the firm’s board, and we arranged to host a premier of our fund’s first film at the upcoming Singapore Film Festival. On their part Mr. I’s group promised to seed the fund with its first $2-3 million and sell it widely among its client base, the largest in Japan. We would be in charge of international distribution and Hollywood connections for the stream of movies we would make together. It all sounded too good to be true and sadly it was. The movie premiere was a success, but our partners had neglected to arrange distribution for its crucial Tokyo launch which scuppered our chance of making any money on it. And, they somehow forgot to contribute the all-important first $2 million in capital, and their legions of thousands of investors never quite got to hear about investing into our fund. To be completely fair our Mr. A had tried manfully throughout the whole episode to turn our agreement into reality but found himself swimming against the tide of his board. So, no thanks to Mr. I.

Mr. K, ahh, Mr. K saw himself as a bit of a dandy. When we flew to Hong Kong to meet him he had just published a book about himself and bought a football club in England. Of course he wanted to get into the movie business but, we should have known . . . Things went well over dinner with my beautiful business partner again the focus of the conversation. Mr. K offered to send his car to pick us up in the morning and assured us that his people would be in touch to close the deal the following week. But in the morning there was no car, and next week no deal. At this point we began to conclude that perhaps it’s easier for some folks to hear themselves say “Yes” then slither out the back door, than be honest and say “No” and move on. Definitely no thanks to Mr. K, who perhaps loved himself a little too much.

Mr. P was an interesting case, a solid international businessman with existing movie business experience. He met us on one of his trips to Singapore and, after smiling and nodding over breakfast, he committed to investing a decent amount into our business. However he did shift a little in his chair and look slightly askew as he shook hands . . . Maybe we should have picked up on that little bit of body language but, hey, we’re trusting folks. We next met him in London where he presented us with a signed formal offer of financing, as agreed. But then the trail began to go cold, he became harder to reach and eventually citied the flimsy excuse that he was prevented by his executive committee from investing his own money, hmmm. No more Mr. P and it was becoming clear to us that although we didn’t get any money or help from this cavalcade of charlatans, we’d be better off without them in the long run. No thanks to Mr. P.
-One healthy postscript to our dealings with Mr. P was that we had committed to ourselves, as you do, that if we got his offer of finance we would run the Singapore Marathon. So on our return from London, offer in hand, we signed up and ran the world’s hardest and most humid road race, enjoying every sweaty mile of it in the “knowledge” that our money was on the way. Oh yes, innocence can be sweet.

Next time we'll be back to conclude with a few more tales from our own personal front line. Meanwhile feel free to share your own experiences with us, good or bad and hopefully funny.

The Out Of Obscurity team.
Posted by balconybar at 11:00 AM

I have nothing against foreigns but I have learned stay far away when they say they have money or an interest in your project. But, then you have to watch for those Americans that say they have money for you but then guess what? Did you guess? Come on, think hard......did you guess those Americans that said they had money were really from half way around the world? How do I know, I have learned to trace their email! For pete sake.......I keep asking God why do I have an interest in making a movie. Was I too trusting and this is helping me to have trust issues.
After reading this and reminding me of all the ups and downs (oops I mean all the downs) that I have experienced in finding funding for a film, that it is time to speak with the Lord and say the point has been taken. Because of all of this I now have severe trust issues and lack of faith in people. Therefore, the Lord should send me a true, honest, investor who really has the funds, who really has the interest in hearing my pitch, and who is a true honest person who can say yes, I am in or even no, I am not and this is why!
It boggles my mind how and why people get a thrill in doing this. I would like to know the answer to that one! What do they get out of it?