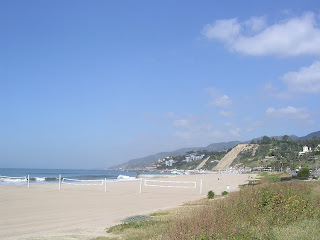 You notice a lot when you’re out walking the dogs every day, and lately we’ve been noticing quite a few movie shoots springing up around our neighbourhood, and all over LA. We even had the paparazzi camping out in our street the other week while Adam Sandler and Jennifer Aniston took over the lovely Casa Del Mar Hotel to film their new movie Just Go With It. It’s a good sign that activity is picking up in the movie production business, which is always good to see. We never tire of talking about the opportunities of investing in the movie business, there’s a lot of money to be made by investing into the right portfolios of movie assets.

It’s been an exceptional period for movie revenues: global movie income has continued to grow in 2009 and 2010, aided substantially recently by the behemoth that is Avatar. The DVD market is currently getting the sort of boost that the box office received a few months back, and this will have a ripple effect throughout the revenue chain and indeed throughout the world wherever people watch movies and buy any movie-related merchandising. It has been said that the DVD sales bubble is over but in our opinion it’s just the initial rush that’s now settled down, and DVD's will always bring in substantial steady movie revenues. It’s all good for business: movie revenues continue to outperform conventional market investments, and we believe that movie assets continue to be one of the best alternative investment propositions for profit and asset growth.

The movie sector is one of the most clearly defined non-correlated asset groups, as movies generally make money in good times and bad and whether conventional markets are up or down. There have been a few murmurs in the press recently that global markets may be recovering, but issues like turning around the US housing market, or the Eurozone coping with the troubles of Greece and Portugal are tough to engineer and will take years to happen. That’s why we’re bullish on movie assets as a part of any portfolio. It’s always been a great alternative asset class that was hard to get into, these days there are a few good ways to invest sensibly into movie assets. One of them is of course our own Movie Portfolio Fund, it does just the job.

The Out Of Obscurity team.
Posted by balconybar at 1:42 PM No comments: 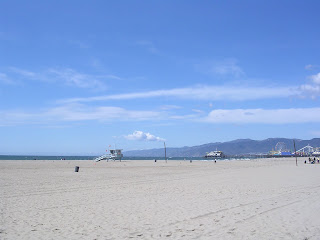 We’ve mentioned before the various funding methods that we see or hear about in the business of financing movies. There are probably more people out there peddling “structures” than there are movies made every year, and almost every conversation about movie finance at some point turns to some structure or other. It’s becoming more common for producers to get hold of Standby Letters of Credit issued by an investor’s bank, which can then be used as asset-based finance for movies. SBLC’s are highly legitimate instruments issued by banks traditionally to finance international trading transactions, and can be creatively incorporated into movie finance. We know a couple of groups who make a “bread and butter” business out of helping people monetise these instruments to get the cash needed to make movies.

Of course a lot of transactions get proposed which aren’t as legitimate, some promising great returns along the way via so-called trading programs around the underlying assets. Whether or not these programs actually work is another matter, but a lot of talk goes into the subject among layers of people, and rarely do the actual deal principals come to the table. Rightly so, many people are wary of dealing with intermediaries and groups that don’t make their identity known. However, it’s a tough job getting movies financed and producers are always eager to explore all likely options.

We’ve seen as many dead ends as most folks. Just this week, for example, we were introduced to one deal where, for 5% down we could finance 100% of a slate of movies. And another proposal where a $10 million investment would realise $300 million within two years . . . Maybe so, but in general we like to work with just a few people we know and trust. We can help arrange finance for well presented movie projects that can bring around 20%-30% of their budget to the table in cash or equivalent. With that sort of leverage we can source the remainder of the budget and give the producers a great back-end that’s fair to all parties. Things are flexible but the first slice does need to be there, and that’s the rub. Everything changes but plus ca change: you always need some initial equity in place to get a real deal done, so producers still need to get out there and raise some faith capital to get their ball rolling. But the good news is that there are deals available for those who do.

On the other side of the deal there’s a great opportunity for investors to participate in movies, or slates of movies, with a sensible and transparent financial structure to give both parties some protection and reward. Many people would like to invest into the movie sector but are wary of the risks: we agree entirely, but we believe that the more transparent you can make the deal, the better the outcome for all concerned.

The Out Of Obscurity team.
Posted by balconybar at 6:19 PM No comments: