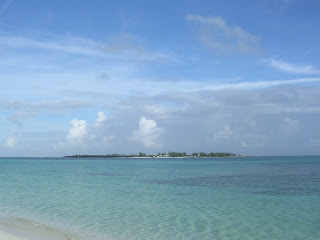 We were invited to speak at the inaugural IIFF film financing conference in Phoenix, Arizona last week. We're always happy to hit the road and spread the word, so we took off to the desert for a couple of days. It was held at a graduate media school attached to Arizona State University, so there was an eclectic crowd of both established movie folks and enthusiastic up-and-coming filmmakers.

The overwhelming impression was that “where film meets finance” – as the IIFF guys bill it – is a vital area for movie-makers. Most are consumed with the creative process of getting their movies made, as they should be, but there’s often a disconnect regarding how they’re going to firstly get their movies funded, and then make the business part of the process a success for their investors.

One key point that came out of the discussion was that it’s not just about raising money to get movies made, which most film-makers eventually accomplish. The real silver bullet is that if you can show your investors a return on their money they’ll come back and finance your next movies. If they don’t make a profit, as is usually the case, you’ve burned a good relationship and source of finance. Just as important as making a profit, we also heard, is protecting your investor’s capital. If you can use any viable structure to ensure that your investor won’t lose his money, then even if he doesn’t make much from the first couple of deals he’ll still appreciate your creative work and desire to protect his interest and, again, may come back and finance your next movies. Make money, or at least don’t lose money . . .

We launched the Pitch Page section on our website just a couple of months back and we’ve had an overwhelming response. There are now more than 70 projects up on our page with more coming in every day. We’ve had several expressions of interest with a couple of potential deals being talked about. We’ve also been approached by a group interested in financing a slate of projects from our site. It’s hard to tell exactly what level of audience we have in the industry but it’s clear that people are taking note and that movie insiders are always looking for good new projects. For now we’re just happy to give filmmakers some additional visibility as they strive to get their voices heard.

The Out Of Obscurity team.
Posted by balconybar at 4:17 PM No comments: