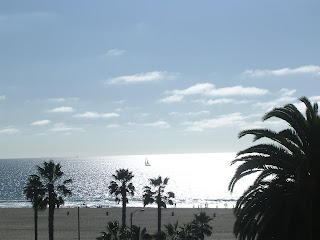 We run an international movie investment fund, so we’re not always focused merely on Hollywood. Of course from a long-term investment point of view we are strongly focused on Hollywood assets but we’re always excited to look at new developments and opportunities around the world. As Hollywood has grown over the past few decades its international reach has become even greater, and from being a smaller piece of the overall pie some years back international revenue now outstrips domestic US revenue for Hollywood movies. That’s great news not just for movie-goers worldwide but also for potential investors in movie assets since the reach of the business continues to expand, and so does the variety of revenue and profit opportunities in the movie business.

We receive many inquiries from movie-makers all over the world looking for help with their films of all shapes and sizes. We’ve also been approached regularly in recent years to talk about helping to run movie funds in various parts of the world like South Africa, Europe, India – several potential Bollywood movie funds just haven’t seemed to get off the ground – the Middle East and in particular China. It’s a compelling idea to utilise our fund concept and apply it to a new setting using local expertise and real market potential. We have a lengthy history in Asia and our main office in Singapore and, although we don’t focus on Asian movies per se, it would be great to be involved in financing all sorts of movies from an Asian context. We recently looked at packaging a movie project in Japan and we’re currently reviewing projects to be shot in Thailand. However China is a tough place as there’s probably more growth opportunity there than anyplace in the world these days, and yet it’s notoriously difficult to do business there and to succeed. The government keeps a tight lid on what content people may watch, and to do business there you need local partners, which usually means working with government-sponsored companies.

A while back we were involved in lengthy discussions about managing a fund in China which seemed like quite an exciting project. We were assured that our partners had cast-iron Chinese government connections that would ensure our success. Well, suffice it to say that things didn’t quite work out as planned. We were particularly interested in using Hong Kong as a quasi-offshore financial centre for managing Chinese investors’ funds, enabling them to make international investments without their money physically leaving China. Usually that’s a break point when local investors are unable to invest into international managed funds, effectively ruling out an international Hollywood fund option.

However a new potential fund was presented to us recently with a China-based group seeking to make movies in China – Hollywood as well as local content – for the international market. This may be a good first step from our fund’s perspective as the money could be raised and invested in China. A host of other issues such as offshore revenues, profits and repatriation of Hollywood participants’ shares inevitably raise their heads, but most issues can be worked out if there’s a will to get the actual structure in place. So, that’s one that we’ll be watching carefully in the New Year. People everywhere want to watch movies, just look at the bumper revenues Hollywood has earned in 2009, and we strongly believe there’s also a great appetite from investors everywhere to share in the profit that the movie sector generates.

The Out Of Obscurity team.
Posted by balconybar at 2:06 PM