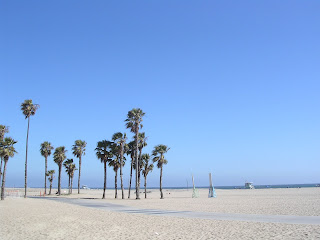 We’re all familiar with the fate of most corporate business plans – they look great in theory but when practice takes over it’s a whole new ball game. Sometimes things work out but other times something nasty comes out of the woodwork to scupper the best-laid plans. So it is in Dubai at present, whose economy and stock market are reeling from last month’s Dubai World debt announcement, and where the government has just shelved indefinitely its plans to offer subsidies to filmmakers. Too bad they’d already scheduled their annual film festival this week or that too might have been postponed to sunnier times. With regional powers Abu Dhabi and Qatar stepping up with cash funding for Hollywood projects recently Dubai is looking out in the cold with a less than friendly movie-making environment, having refused access to a couple of high-profile Hollywood productions on content grounds. It’s not just Dubai skyscrapers and theme park plans are biting the dust these days, but it looks like its fledgling film hub is stuttering as well. Excellent long-term plans sacrificed to short-term financial concerns, which is a shame. You can’t argue with global economic conditions but producers do have a lot of international options, including welcoming State incentives in the US, so it’s going to take a lot of push next time around to float the dream.

We spoke a few weeks back about a friend who’s planning a slate of micro-budget movies, and it seems everyone’s been talking about this for the past couple of months. The lure of shooting fast, cheap and good, not to mention the faint hope of winning the lottery with a breakout hit like Paranormal Activity is a strong one. Well now the studios are jumping aboard the bandwagon, perhaps inevitably, with Paramount planning to start a division to produce up to 20 micro-budget movies at around $100k each. Great idea, especially if they can pull it off without costs spiraling upwards to the studio level. But their plans aren’t quite as spartan as your average indie director who aims to get a release wherever he can and spread the word among Internet networks to hopefully make a buck on his movie. Paramount plans to use the division to develop projects and make “calling card” movies for new talent, and perhaps some of the films may even get a release. All in all it sounds like smart thinking and let’s face it, for such a relatively small investment how can they lose? OK, it’s hard for divisions of big companies ever to behave like small, entrepreneurial ventures and too much money will be spent, and of course Paramount may lose interest when the current fashion passes and the economy improves. However, good on them, we hope it sees the light of day and doesn’t go the way the specialty divisions already have.

Talking of corporate budgets and decision-making – which we didn’t sign up to do, really – isn’t it a shame how many good business discussions fall apart because of miscommunication or just plain bad management? Failure to follow up is the single most corrosive behavior that winds us up, but that’s just the tip of the iceberg. This week a project we were keeping an eye on came within a whisker of raising its final chunk of finance only to fall apart with both principals feeling that the other guy didn’t follow up on their final discussion points. Oh well, it happens all the time and we shouldn’t be surprised, but it is disappointing and always avoidable. Professionalism in the movie business, now that would be a nice long-term goal.