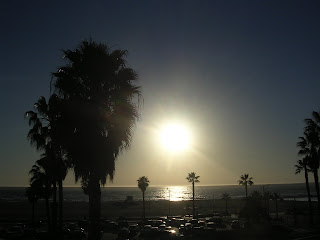 Last week we were at the LA Film School, addressing a town hall meeting of the IIFF on film financing. It was an erudite panel featuring some truly impressive speakers, with senior figures from legal, production, agency, talent management and casting circles as well as a bona fide rocket scientist and ex-Google pioneer. It was attended by a lively group of film-makers with projects at various stages of production, looking for up-to-date advice on financing their movies.

One of the more unusual questions was how a producer might trust the banks not to go bust and lose his money before he completes his movie – not something you’d normally anticipate coming up in a film finance discussion, but a sign of the times nonetheless. There were some great comments and projects, including an eastern European director seeking to transform his 30-minute short into a full-scale $50 million blockbuster. He was studying at the LA Film School to brush up on technique but he told us he’d already had $30 million pledged by investors in his home country! Several discussion points touched on how to find the first money for movies and how to follow through to complete those all-important early deals, and the bottom line is trusting the people you go to for key finance.

We’ve all seen cases of funders pulling out leaving productions in jeopardy, and it’s vitally important to know who you can rely on. It’s not much different in the movie business from life in general, and the lessons are the same: people always tend to promise big and deliver small. So when you know that you can count on your investor making that crucial deposit when he says he’s going to, then you’ve really got a partner you can trust. You also have to trust where the money’s coming from in order to be comfortable with your own deal.

Lately we’ve been working with a group of enthusiastic producers on a decent-sized movie with a couple of big movie stars all ready to go. It’s been held up by a shortage of funds and a little internal confusion about who’s sitting where in the money pile. Last week we had them all set to conclude a deal to provide their missing money and start shooting but at the last minute they decided they couldn’t close the deal. It seemed that everything added up, they had signed agreements to proceed but they couldn’t get across the finishing line in their own minds. At very short notice we had helped them raise the money they needed but at such short notice their level of trust just wasn’t where it needed to be to seal the deal. They may raise their missing $2 million without us and maybe not, and we’ll be happy to assist them next time around, by which time hopefully they’ve crossed that bridge by themselves.

Meanwhile we’re looking forward to seeing what might result from some of the interesting projects we met at the LA Film School.

The Out Of Obscurity team.
Posted by balconybar at 6:34 PM