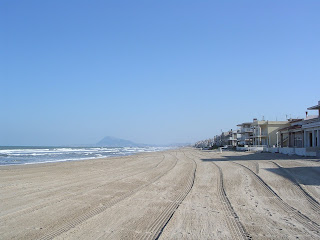 Variety this week is forecasting that the domestic US Box Office revenues look like being 8-10% up on 2008 and over $10 billion for the first time. And it was in 2008, as quoted in Variety, when Hollywood prospered while the economy sunk, so the current year looks like being a bumper one. It’s good news not just for theatre chains and studios but for everyone involved in the business. People are going to movies the world over and the demand for movie content is growing whether it’s at the box office, on video and DVD, or on the many new channels like Video on Demand and Internet streaming. Long may it continue.

Despite lingering gloom in the economy, movies are commodities that people want to buy in ever greater quantities and in ever-expanding territories and formats. From an investment fund standpoint we’ve always banged the gong for the movie sector as an intelligent investment. It’s a great non-correlated asset and an excellent hedge for investors to give themselves some balance in their portfolios. Of course on a simple level we like being a part of the movie business and being able to provide the opportunity for folks to make money from it as well.

Yesterday we were speaking at the IIFF film finance seminar at the LA Film School in Hollywood, where there was a lively discussion on current movie funding strategies. Producers and directors are always seeking new strategies to finance and distribute their movies so it was interesting to hear so many different angles on this ever-changing issue. Distribution is now more vital than ever and with the demise of most of the Hollywood “mini-majors” there are fewer go-to companies for indie distribution. A well thought out distribution strategy now needs to be built in from day 1 with an absolute focus on the target audience and how to reach it. It sounds obvious and sensible business practice, but it’s all about mitigating as much risk as you can throughout the life of your project. If you can show an investor a watertight plan for how, when and where your movie is going to play, you’ll surely have a much better chance of having him or her write that cheque.

The Out Of Obscurity team
Posted by balconybar at 7:38 PM