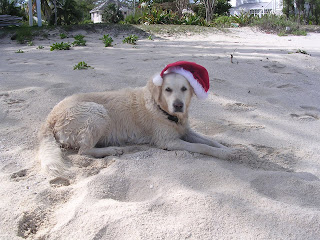 By now we’ve all read that Hollywood has had a bumper year in 2009, raking up over $10 billion in US box-office revenue for the first time with corresponding record increases in revenue internationally. Revenue is up on admissions as well as ticket sales, so more people actually went out to see movies this year which augurs well for the strength of the business. And, even though DVD sales are notably down after the runaway sales when that format was introduced, they will stabilise and other channels such as VoD and other Internet sales will balance and help grow the overall revenue pool.

Despite the global recession movie-going continues to grow and of course we believe that investing in movie content is a smart thing to do for investors seeking great returns and some shelter from the storms of stocks, commodities, property and other investment fluctuations. Movie financing has traditionally come from a small pool of generally wealthy sources including studios, banks and recently wealth funds but this year it’s been encouraging to see major funding initiatives come out of new international sources, particularly in Abu Dhabi, Bahrain and Dubai, as well as India, Singapore and others. It’s great to see international financiers look to slates of Hollywood movies as a way to establish their own brand in the international market, rather than financing strictly local, specialty movies as has traditionally been the case.

We have been invited by institutions in Europe, Malaysia, Australia, China and elsewhere to discuss partnering on new film funds with investment raised in local markets being directed towards international movies. There’s real potential for fundraising in newly-expanded European markets – we recently met a young film-maker from Eastern Europe who was confident he could raise $30-50 million for a feature from contacts in his country – and around Asia, where wealthy private investors have not had exposure to movie assets. With our base in Singapore we’re always excited to see new international initiatives and we hope to see a lot more international expansion in 2010.

For now, however, we’re kicking back just a little to enjoy the slower pace over the holidays. Thanks for being with us on Movie Beach, and we’ll see you again in 2010.

The Out Of Obscurity team.
Posted by balconybar at 2:41 PM