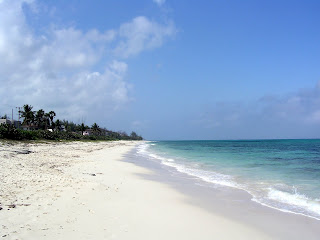 It’s been a quieter couple of weeks observing what’s going on in the movie world and waiting for people to get back in business mode. It’s encouraging to see that it’s not only Avatar that’s eating up the box-offices around the world but that revenues are up in most territories, with healthy gains in Europe and a 44% increase in China. This is of course on the back of a healthy expansion in screens as new theatres are built, but great news nonetheless.

In recent days new investment deals have been announced, with groups in India and elsewhere making big-ticket commitments to making movies. As we’re fond of saying in this column we strongly believe in the profit potential of movies and the movie business in general as it expands into new formats and territories. Investors into movie content, with the right structure and revenue sharing arrangements, stand to do very well indeed on their investment. In fact with Avatar raising the bar in so many ways we’d suggest that potential investor returns have never been better, even amid the continuing economic turmoil in other sectors.

We run into all sorts of discussions with prospective investors interested in our fund. If you’ve ever been involved in sales it may come as no surprise to you that sometimes potential investors don’t actually do what they say they would do, and in some cases weren’t really telling the truth in the first place. We recently had an inquiry from a North American group of private investors interested in partnering with our fund. All went well till they came back with a few questions, which we discussed, and then finally gave us their considered “no”. It wasn’t their decision that surprised us but the excuse they gave: they said they had done some research into the movie business and come across an occasion where a private investor was disadvantaged in an investment deal with a studio and its star producer. They were shocked to discover that the studio had taken out is distribution fees and participation first, then the producer got paid her share, all before the investor had a look at the profit pie. To their surprise the investor made no money and they claimed this story was enough to put them off investing. Of course nothing about this story is at all surprising and in the movie world you need to be sure you’re getting into the right deal with the right people at the right level. However, investors sometimes look for an easy out on something they don’t have a full understanding of, or when they aren’t prepared to give you their honest reasons for not participating.

The right investors with the right structures recognise the merits of investing in movie assets: sometimes you just have to dig a little deeper to find those gold nuggets.

The Out Of Obscurity Team

Posted by balconybar at 5:46 PM