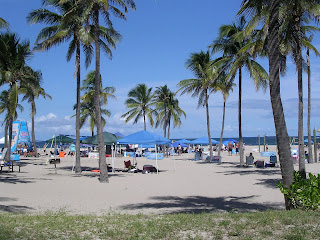 We commented recently about the introduction of filming incentives in California. Despite being the home of Hollywood and modern movie-making, California has been losing productions year on year to other locales offering advantageous tax or rebate deals, and film-makers had long been calling for the state to introduce some kind of incentive scheme to level the playing field and allow them to continue making movies in California.

So, last year's announcement that California would indeed provide incentives for producers not to join the “Runaway Production” bandwagon was greeted warmly by all involved in the industry. Of course there were a few gripes that the big studios were better positioned to take advantage right away, and some hoops had to be jumped through to get to the money, but in general it looked like a good thing to keep film and TV production in California. Well, today the LA Times announced that the “state of California’s much ballyhooed film incentive program has run out of cash – at least for the next six months.” The program had set aside $500 million in tax credits over five years but it has so far allocated $200 million to 60 projects, effectively eating up the first two years' worth of money. There was no shortage of demand for the 20%-25% tax credits but there won’t be any new allocations granted until before June. We don’t think anyone expected the money to go all that far but the fact that California stepped up to the plate was enough for a lot of participants to look into maintaining productions in and around Hollywood.

Meanwhile in Beijing, Variety tells us that China has announced a 5-year plan to encourage a Great Leap Forward in its domestic film business. With financial and regulatory assistance to encourage locally-made movies the plan seeks to ensure that Chinese cinemas devote at least two thirds of screening time to Chinese films. While not exactly encouraging to foreign film-makers trying to overcome the existing barrier of only 20 permitted foreign films a year, there may be some light in the tunnel as the overall cinema pie grows in China. And, just as the WTO has ruled that China must open its doors to foreign content, this plan is intended to allay domestic fears by encouraging Chinese film-makers to compete with established international studios on what might not be exactly a level playing field, but perhaps a less skewed one.

You never know quite what the business landscape’s going to look like next in China, but we’re still excited about getting back over there to have a look and see for ourselves.

The Out Of Obscurity team.
Posted by balconybar at 2:57 PM