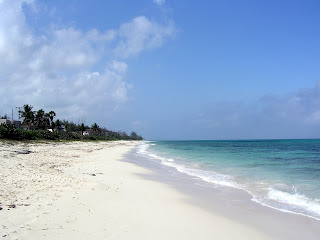 Ever topical here at Movie Beach, we thought it worth mentioning that February 2nd is Groundhog Day, when Punxsutawney Phil – a Pennsylvania rodent - pops his head up out of the ground and forecasts the weather. This year he saw his shadow, meaning six more weeks of winter, at least in Pennsylvania. You may know the movie Groundhog Day, it’s one of our favourites as Bill Murray battles for his mental freedom while he’s trapped living the same day over and over again. Sometimes it feels like we’re waking up to the same day as yesterday but a brisk walk down by the beach with the pups usually takes care of all that.

Not on quite the same scale as Groundhog Day, we have noticed quite a number of film fund issues coming to the fore lately. We’re always interested in what’s going on around the world, and in the UAE the Imagenation group we mentioned a while back is releasing its movie My Name Is Khan as a co-production with Bollywood group Fox Star. Imagenation has co-financing deals in Hollywood, India and Singapore, among them a $250 million venture with the truly global Ashok Amritraj’s Hyde Park Entertainment, based in Singapore. Out Of Obscurity was founded in Singapore but we do most of our work internationally. However, we still consider Singapore our home base, it’s a fantastic place to work and travel from. We’re currently looking at movie and film fund opportunities in Thailand and China, as well as Europe and the US, and a spell back at the ranch may be just the ticket.

The government in Spain just announced a 5-year $800 million film fund to develop independent Spanish movies, which may cheer movie theatre owners in Catalonia, the independently-minded province dominated by Barcelona. Most of the region’s screens went blank on February 1st in a strike by owners at a directive that at least 50% of foreign movies must be dubbed into the minority Catalan language rather than Spanish. They fear a big drop in attendances if the proposed law goes into effect, and fewer movies from international distributors. We can only agree that imposing minority politics on the majority is never a good thing anywhere in the world, and movie-goers will inevitably vote with their feet.

It’s been interesting to read about the potential fate of Miramax, which was unfortunately run down and then closed down by Disney last week. Naturally, the Weinsteins would like to have their name back and potentially the library which they built up. But there are other bidders and a vigorous discussion going on about what those assets may be worth. It’s highly relevant for any film investor or fund manager like ourselves, as Disney is said to be asking $700 million for the assets which may earn anything from $50 million to $300 million annually. That’s a big range with the majority feeling it’s nearer the $50-100 million level, making it a tough payback at the asking price. The value of film libraries has declined a lot recently as the DVD sales part of the equation has stabilized. We don’t share the “doom and gloom” view of the DVD issue which some feel has spiraled down from a peak, never to return. Sure, early sales rates were astronomical but things always settle down, and sales in other channels will in time take up the slack. Movie revenues are steadily on the up and that’s good for movie investors. In our view it’s still a great time to invest into quality movie assets, and someone’s going to get a good deal on the Miramax library if they pay the right price.

Posted by balconybar at 5:51 PM

Cinema's owners. Respect the law in Catalonia. If not, others will take chance on the opportunities.
As example, you can see almost 28.000 supporters in a Facebook group against this stupid owners' move.
http://www.facebook.com/group.php?gid=269800142212&ref=ts