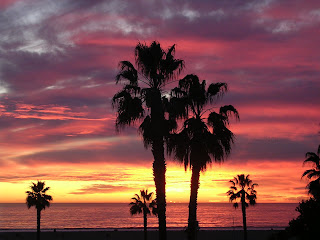 Things always seem to take a while to get going in January, so we’re doing as much as we can to get the ball rolling on a few movie projects right now. It’s also a good time of the year to clean house and get the PC in order, unfortunately our computer took it upon itself to crash for most of the festive period and it’s only now coming up for air with, we think, everything back in order.

Among the Christmas and New Year messages we received over the last couple of weeks was this sweet comment from a dear friend in the Bahamas: “movies are the best news - where else can one make a fortune nowadays?”. If you’ve read any of our comments over the last few months you’ll know that we couldn’t agree more. It’s one of our main hobby-horses that investing into movies - a portfolio of movie assets - is just about the best thing you can do with your investment dollars. Movie assets continue to make money in perpetuity and the opportunities to sell movies via multiple formats and territories are continuing to expand, creating lots more opportunities for movie investors to profit. Thanks a lot Minnie!

We’re working with a couple of projects shooting in and around Thailand and Japan, and aiming to close some financing on those from Asian investor groups. There’s a keen interest in movies all around Asia with not only some ground-breaking films being made in Japan, Korea and Thailand, but also some of the highest per capita movie-going in the world happening in places like Singapore and elsewhere. People just love going to the movies and that feeds the growth that we’ve seen in international revenue opportunities for movie investors to profit from.

Different investors have different outlooks: we’re talking to some private investors looking to profit from successful movies as well as some industry experts whose interest is more in securing the rights to distribute the movies in a few countries around Asia. They know that this will cover any investment they make and generate healthy profits. Distributor relationships in particular are important because good distribution is the make-or-break factor for the success of a movie and the success for our investors. Happy investors will invest again, so we’ll be happy to keep good distributors on side if they can bring results across key territories.

A few years back we co-financed a promising Japanese manga movie, an adaptation of a successful comic-book series and a movie which appeared to have real breakout promise. The animation studio and director were extremely hot, there was excellent awareness and anticipation of the story in Japan, and we had brought in a production partner in the US with a major studio deal to take on the movie internationally for theatrical and DVD sales. Our Japanese partner had engaged one of the top Japanese distributors so our hopes were high. We held a launch party at an Asian film festival and anticipated the grand release. However the release came and went with something of a whimper, it fell completely flat for a variety of reasons, none of which made much sense to us at the time. It could have been the wrong time to release the film, they might have allocated some not-so favourable screens for our movie, or our local partners might just have done a less-than optimal deal with the distributor. The truth was probably somewhere in the middle but we felt that the groundwork hadn’t really been done properly in advance. When it came to seeking the US release we found to our dismay that virtually no thought had gone into creating a suitable package for the DVD, leaving us little opportunity to hit the market properly. The whole experience taught us some big lessons, most importantly that it’s vital to know and trust your partners well and to rely on their work as if it were your own. No doubt one reason why so many folks find it difficult to delegate, but in the movie business it has to happen.

The Out Of Obscurity team.
Posted by balconybar at 2:07 PM