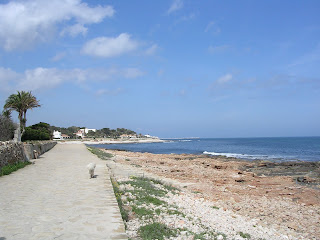 Film producers are always looking for ways to raise money to close the gap in their production budgets, so they seek to utilise any and all incentives, credits and allowances they can get their hands on to get their movies made. In recent years you can’t get a movie financed without making maximum use of these incentives which can form quite a significant portion of a movie’s budget. Producers will go to any reasonable lengths including relocating their production to Eastern Europe, Australia, New Mexico, Louisiana or Canada to take advantage of such schemes.

One incentive that hasn’t had as much press is Section 181 of the Internal Revenue Code, a nifty little scheme originally approved in 2004 allowing investors to claim 100% of their investment into film or TV productions (the first $15 million on any film, $20m in deprived areas, or the first 44 episodes of a TV series) against income tax in the same year. Now, we know from experience that the hardest question to overcome when dealing with a potential investor is “Will I lose my money?” And of course it’s a fair question as most investors will consider first not “How much will I make?” but “Can I lose this money?” By showing your investor that he can immediately deduct the full cost of his investment from his taxable income you’re giving him a significant reason to write that cheque. He immediately saves a chunk of cash on his tax bill and maintains the same potential to gain from your movies, so his upside multiple has just increased significantly.

Section 181 was originally set to expire in 2008 but was extended as part of the Federal Bail-out Plan for one more year until the end of 2009. However, we hear it on good authority from a senior source at the IRS in Washington that not only do they expect the provision to be extended further, as it has been passed in the House and is awaiting Senate approval, but that it will be retroactive when finalised. And, our source tells us that they recognise how beneficial this provision is and they wish more people knew about it. Another source tells us they think that perhaps the major studios and TV companies have been monopolising the provision – as well they should – but that mainstream producers should intensify their efforts to get 100% deductions for their investors too. Sounds like a no-brainer to us.

The Out Of Obscurity team.
Posted by balconybar at 3:08 PM