The World Bets On Hollywood 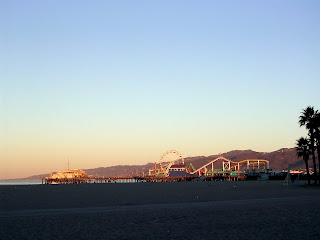 Signs are going up around Santa Monica for the forthcoming American Film Market (AFM) in early November. It’s always a time to rev up the juices and think of the great big world out there. Whether you’re talking foreign movies or not a great big part of our business is international these days and we’re well aware of it. We’re currently talking to potential fund partners in Japan, China and SouthEast Asia as well as Europe, aiming to co-manage money from investor sources close to home for them. They’re all seeking international exposure to the Hollywood movie machine, not just for the chance to own distribution rights in their territories, which some traditionally are, but to take the chance to make real money from investing into a bunch of assets that play all over the world.

There may not be another asset class in the investment world quite like the movie sector, which is currently expanding rapidly, selling more product to more people in more different places each year, and expanding exponentially the formats that enable consumers to watch movies. In a portfolio management sense the movie sector is non-correlated, meaning it doesn’t suffer from fluctuations in conventional investment markets, as has been proven lately. It’s certainly a great investment prospect, but we also like to think that participants all over the world are keen to tap into the excitement and glamour of an investment that they can not only make great money from but also enjoy on a simple level with their families.

Institutions around the world are now looking seriously at investing into movies not just for vanity reasons or to kick-start a local media business but as a serious way to build up a portfolio of money-making assets. Although some mainly US-based banks and hedge funds have pulled out of film financing deals in the last year, whether because of the financial crisis or simply bad decision making in getting into movie deals, we’ve always believed in the merits of long-term movie investing. So, it’s refreshing to see a shift in the way movie assets are now being seen as a serious investment category. Just this week another Middle Eastern state fund has been announced, the $200m Alnoor Fund from Qatar. It’s aiming squarely at Hollywood projects where the fund can make good commercial returns. Normally sovereign funds invest with a larger mission to expand their local film industry or artistic footprint, and Qatar is certainly doing that by launching the fund at its inaugural Film Festival. However it’s interesting that they chose to underscore their desire to invest in Hollywood, rather than regional or European movies, based on the simple belief that Hollywood offers the best potential investment proposition. We’ve been banging on for ages about the great opportunities in a smart portfolio of movie investments, it’s good to see this philosophy permeating investment decisions worldwide.

The Out Of Obscurity Team.
Posted by balconybar at 5:21 PM