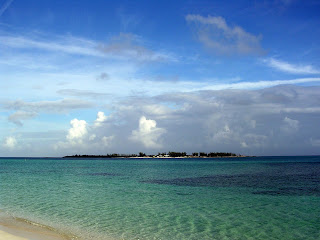 We’ve been banging on for ages about the recession-resistant nature of movie revenues. The movie business is one of those that does well in both good times and bad – quite simply people will still go out to the movies no matter what else is going on in their lives. Thankfully our theory has been proved in practice, with global movie revenues continuing to grow year-on-year. Our website quotes Variety’s observation that 2008 “would be remembered for prospering as the economy collapsed”. Now, a new report out this week has confirmed that 2009 movie revenues are currently 5% up on 2008, continuing the upward trend in revenue and international expansion.

With our financial hats on, the movie sector is a great proposition for investors because it’s classified as a non-correlated alternative asset class, meaning that its performance doesn’t generally fluctuate in line with the stock market, the economy, property or pretty much anything else. In fact that’s why investors should invest into assets like the movie sector, to be sure they continue to benefit even if other investments are falling.

So, we’ve been banging on about the movie sector because not only is it a classic alternative asset but it’s also got great potential to keep on growing and returning profit for investors. Of course the business is changing rapidly, and the challenge is to ensure movies make money across all of the various distribution platforms emerging today, including video-on-demand, Internet streaming, mobile content and who knows what else. That’s all happening right now, with monetizing of digital content one of the main themes at Variety’s Santa Monica conference this week. No doubt there will be opportunities missed as well as taken, but it seems to us that the movie business has been a lot smarter about this than the music industry a decade ago which tried in vain to combat rather than embrace digital distribution and has suffered greatly as a result.

There’s been quite a bit of coverage in the last year about banks and hedge funds pulling out of film funding. Our take on that is that they probably got into the wrong deals and couldn’t make it work for them. There are always good opportunities and smart investors know this. Just this week consortium of banks put up a further $300 million for an established studio slate on top of multiple previous commitments: they know that good movie deals pay off in spades. We believe the opportunity for investors to profit is as great as ever.

The Out Of Obscurity Team
Posted by balconybar at 5:39 PM