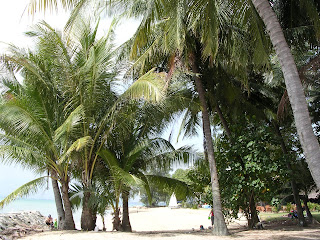 Hollywood has a knack of finding new sources of money just as others are drying up. There have been several waves of external finance in recent decades: in the last few years the hedge funds put their analytical nous on the line, following on from the generous German film funds who had bankrolled the studios for their own domestic tax reasons. Although no group of investors has ever really hit it big, and inevitably have retreated for some reason or another – changes in tax codes, the collapse of the banking sector – there has been no shortage of investors keen on Hollywood.

When we started OOO in Singapore we were recognized as a new kind of venture – we were accredited “Technopreneur” status as a new and innovative sort of company. We aimed to energise movie expertise in the region and manage investment money from our base. Subsequently movie companies like Lucas Films, Hyde Park Entertainment and many others have relocated to Singapore and the investment management industry has also focused on Singapore as a base from which to manage international money.

In the news this week is a slew of investments by the Abu Dhabi government’s Imagenation group, handing out deals to major producers like Jerry Bruckheimer and other studio stalwarts, as well as $250 million in funding to Participant Media and $75 million on top of last year’s $250 million to Ashok Amritraj’s Hyde Park Group. This in addition to kick-starting the $500 million fund it announced in 2007 in partnership with Warner Bros which has so far financed only one movie, Roberto Rodriguez’s Shorts. The Singapore government’s MDA is also a part of the Hyde Park deal, calling it a “never-before-seen combination of Hollywood, India, the Middle East and Asia. It’s like a belt around the world”.

Greater international co-operation can only be good and with real funding now beginning to flow from such partnerships we believe that bodes well for all parties in the movie finance world. We’re currently talking to investor groups in Tokyo, China, Europe and elsewhere, and aiming to get closer to all our partners at the upcoming American Film Market in November. Globalisation of fundraising and movie-making, it’s all good.

The Out Of Obscurity team.
Posted by balconybar at 2:57 PM