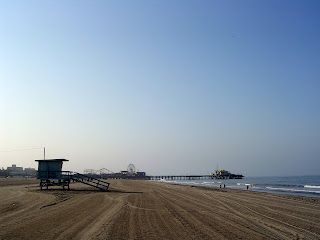 We received an email this morning from a producer friend about a new financing structure he’d been presented with. For an up-front contribution of 2% he was told he can get his movie financed. So, for $100k down he gets to make a $5 million movie and choose to either pay back the $5m from his film’s profits, or treat it as an equity investment and give up 50% of his movie to the investor with no additional fees. Sounds like a good deal, possibly too good to be true.

There are a lot of creative financing structures being proposed around the film world these days. In days gone by it could be enough to pitch a good script to a producer or studio, and these guys had the resources to make the movie. Now, however, studios are in the risk-sharing business, regularly laying off chunks of major blockbusters to other studios to lessen their potential downside, while still allowing them to be in the big-ticket business without putting up all the “coin” required to seek big glory. In addition studios now regularly act merely as distributors for externally-financed movies. Producers need to bring money to the table to increase the chances of making their movie and many have lined up financing with external parties keen on both the glamour and high potential returns of the movies. This allows producers to keep greater control over the creative elements of their work and also to own some or all of their movie in perpetuity, making money year on year that the studio would otherwise own. The studios collect risk-free distribution fees without disturbing their corporate balance sheets, but there’s always a great demand for external money, hence some of the “creative” schemes we see.

OOO partners with a major studio production group to provide equity financing and to co-finance their movie slate. Our fund earns long-term revenues from movie assets, and it also has access to valid financing structures that can help raise production money on the back of 20%-30% initial capital, often with investors and producers sharing the profits 50:50. There are probably a lot more people out there talking about some 70:30 or 80:20 structure or other than guys who can really make it happen, and everyone has a tale to tell about the oddballs they encounter trying to raise money. Producers will always track down every lead in the search for production dollars and unfortunately there are some unscrupulous characters out there asking for up-front fees for services that don’t really occur, and making promises that don’t materialise.

With 25% or 30% up-front capital and a reputable partner there’s some logic and the potential to get your movie made, but 2% down sounds a little like a dream. We’re waiting to see the details on the 2% deal, if it’s real it could be a gold mine.