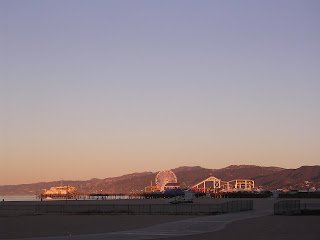 Walking with the dogs today we noticed they’re beginning to set up the big tent down by the beach for the annual Independent Spirit Awards later this month. It’s always quite a raucous event with a bunch of genuine people who are really passionate about their movies. There are so many great indie movies around every year and we began to wonder just how many of them might actually make a profit for their investors.

It’s got a lot to do the intent of the producers when they go into the process, whether they’ve thought about their film making money or are they just trying to get it made. Of course most producers believe they have a compelling story that needs to be told and they’ll do whatever it takes to get their movie funded and shown to the world. But some savvy producers will develop a plan that demonstrates just how their investors will make money within a couple of different distribution strategies, and some bottom line option that gives investors a fair crack of the whip. The Section 181 tax write-off which we mentioned a few weeks back is a good place to start, as it assures your investor that he cannot lose all of his money with a 100% tax credit. Offering equity investors an early share of revenues until their capital is covered is a standard strategy and if there are any distribution deals in place up-front then investors can feel more comfortable that there is a revenue stream that will at least cover costs. Then of course, when your movie has paid for itself in whatever territories you’ve sold it, or the DVD and TV deals have kicked in and revenue comes in, the investors will be happy to share profits in some equitable manner with the producers, and everyone’s happy.

Well that’s how we’d like to think it happens but of course we all hear about the many people – producers as well as investors – who lose money on movie projects, whether it’s because of non-commercial movies that don’t get sold, skewed investment deals, bad management of the process or any number of reasons why things go wrong. Investors don’t always invest into movies simply to make money, and there’s always a host of folks who have made their money lining up to become the next big-time producers. But we like to think of this as a business in which our principal goal is to make money for our investors and partners, and in the process make a lot of movies that people will actually see. An investment fund doesn’t have the luxury of funding art for art’s sake.

We believe the movie sector is still one of best investment choices and even though we know that some movies in our slate won’t do well, we structure our positions so that we won’t lose too much on any losing picture, and stand to gain a lot on the profitable ones. Taking a portfolio approach is something that individual investors don’t always have the ability to do but it’s one of the only ways of giving yourself the best possible chance of making a lot of money in the movie business.

The Out Of Obscurity team.
Posted by balconybar at 6:13 PM