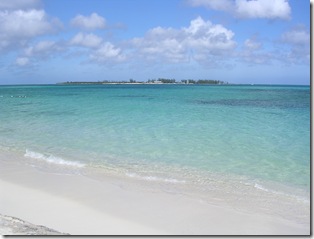 Walking the dogs by the beach this morning, we strolled by a mini-European village being set up: streetlights, sidewalk cafes, French flags flying and a fleet of classic European cars. It’s always refreshing and inspiring to see movies shooting on location. So much seems to happen in a short space of time – they’re usually set up in the morning and gone by evening – and yet you see mostly a lot of inaction, with bunches of crew hanging around the mess wagons. But although it’s mostly a lot of waiting around for the right light or combination of director, crew and talent getting things exactly right, scenes get shot and movies get made.

We recently worked on the financing package for a movie shooting on location in New Mexico, where most of the drama occurred in the month or so before the shoot. We were arranging for the final gap finance to drop into place before the production could begin, and the producers had their two major stars on hold in a window that was closing fast. The financing deal for the final $1.5 million was set to close but the producers weren’t able to get comfortable with the terms. Although the money was to be delivered via an escrow account at a law firm, somehow it wasn’t working for them. To complicate matters the producers’ hands were tied by the presence of a couple of dominant private equity investors in their movie who were looking out for an opportunity to play a more active role, which the producers were trying to avoid. As in any business it’s good to get your investors’ money but it can become a pain in the neck when the investors want to start looking over your shoulder. In our case, when the deadline arrived the producers had to bite the bullet and get over their discomfort, but they got their movie made.

It’s been Chinese New Year around the world this week, with much of Asia just drifting back to work now. So we were pleasantly surprised to receive a call yesterday from the Chinese partner on our prospective new China film fund. It’s a great opportunity to break in at ground level in the domestic film business in China which has been so far impossible even for the Studios to do. Hollywood and all other international movies are limited to 20 titles a year in the fastest-growing country in the world, and although China is obliged by the WTO to open up its markets over time to foreign movies, domestic Chinese film producers are currently being given all sorts of incentives to step up and make more and better movies that will compete with the expected influx. However, with Chinese consumers preferring to watch homegrown movies and the sheer numbers involved, we believe the opportunity in China is boundless for many years to come.

The idea of a film fund as an investment opportunity is unprecedented in China, and from the producers’ point of view commercial third-party finance is also fairly novel, with most of the regional production groups being government-owned up to this point. So we’ll be seeing many new doors open and our keystone is solid investment from a few market leaders. We have commitments from a couple of institutions which we believe will create a snowball effect and the fund will take wings when these are tied up. So it’s all go for now as we complete our initial preparation work and get agreements in place.

It’s quite an adventure and on the phone this morning one of our dearest friends said “ I do wish I could go back to live in Asia again, that’s where it’s all happening in the world now”. The future is Asia.