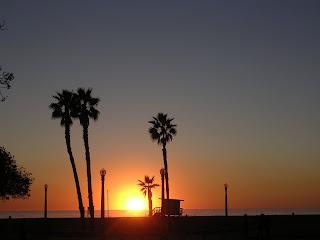 Another victory for profit participants in Hollywood the other week, when veteran actor Jack Klugman won a “multi-million dollar” settlement from NBC Universal over unpaid royalties from the TV series Quincy, M.E. He was entitled to a quarter of the show’s net profits, but sued NBC when they didn't provide him with accounting statements. Amazingly, NBC’s lawyers had earlier refused him access to the accounts which he subsequently filed suit to get. Last month Don Johnson won a $23 million settlement for unpaid profits from his Nash Bridges series, and other cases are in the pipeline. If more such cases get to court it could spell big trouble for the studios and lift the lid on their accepted business practices.

For some in Hollywood whose mantra is “So sue me”, the idea of adhering to contract terms and paying partners an equitable share would be a new business concept. For many years the concept of “studio accounting” has been prevalent and accepted as just the way things are done. Producers and other participants had to accept that their movie or TV show might never be declared to have made a “profit” even though it’s been cranking in the bucks for years, and that the only way to really get what’s owed in the end is to commission regular audits on studio receipts and hold rights-holders to account under their contracts.

Sure, there may always be some grey areas but there’s really no reason why movie and media accounting should be any less specific than in any other business, where fairly clear determinations get made every day. So, can the movie business decide that adopting clean and transparent accounting practices might be a good thing to do?

There are a bunch of similar cases in the pipeline. We know a company specialising in the management of legacy media rights – the trail of revenues owed to producers and other participants on historic movies, shows and media assets – that’s gearing up a number of cases against studios and TV companies to recover unpaid revenues on properties they manage. Examples include simple non-observance of agreements and the usual non-provision of accounts, as in the Klugman case, to the interpretation of revenues owed on movies that are sold as part of a packaged rights deal.

One favourite is the transfer-pricing fix where a studio or holding company sells a property to a subsidiary company – a TV network, for example - at a less than market price, thereby creating a loss-making show which then has no “profit” left over to pay the show’s creators or producers. That was one of the main factors in the $270 million verdict against Disney/ABC in the recent “Who Wants To Be A Millionaire” case. That's elementary financial window-dressing and we’d like to think that the room for this sort of thing is squeezing tighter and tighter as it all bubbles up to the surface.

Juries don’t like to see people getting ripped off, which is one reason why it seems imperative for the studios to try and settle these cases before they get that far. But they can’t stop the tide, and we’re cheering for the little guys on this one.

It’s something we like to talk about because we firmly believe that if you construct a transparent platform for investors to participate in then people on all sides of the deal can make money fairly or, at the worst, get a fair accounting of where the money went. And we also think that the movie business is one of the best opportunities for investors to get into a real alternative investment with terrific potential to make them money regardless of what’s happening on Wall St.

The Out Of Obscurity team.
Posted by balconybar at 5:33 PM

We have examples in Brazil of some productions that "never pay the productions costs" in order to avoid sharing results. We all know that some people would love to make us work for free if the could do so.