Independent Film In The Rat Race 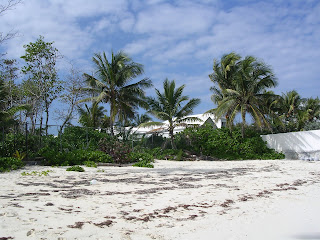 This week we’re pleased to present our first Guest Blogger on Movie Beach, please feel free to post your comments. We’re always interested to hear suggestions for topics you’d like to see covered in the areas of movie finance, investment and film-making in general, so let us know what's on your mind.

The film industry is in an interesting state right now. With studios leaning more towards known material such as sequels, remakes and books we are seeing a trend that is opening doors for independent filmmakers to make their mark and join in the race. It was just a few years ago that independent films started to become more than just a straight-to-DVD commodity that was lucky to get any attention. It became an important necessity for an industry that could no longer afford to risk making films that weren’t guaranteed blockbuster status.

Hollywood’s overall box office numbers may have be down a smidge earlier in the year, but studios are bringing in nearly the same amount of revenue on higher ticket prices and half the number of movies that were being made ten years ago. In other words studios want a guarantee that a movie is going to make money or the project will die. There are a few exceptions though. Sometimes movies get made with questionable scripts, but it’s the star power that gets attached that green lights the movie and guarantees a big opening weekend and profit. A perfect example would be a movie that premiered last Valentine’s Day (I can’t seem to remember the name of it). It was the perfect example of a movie that had an All-Star cast, a proven director, a perfect release date, and was guaranteed to be a money maker. It’s too bad the film was terrible. It’s movies like these that prove that independent film-making can continue to blossom and prove they belong by creating telling works of art with actors who will give their right arm to start their career.

While everyone seemingly has a script in Hollywood, this is the time for action. Studios are constantly looking for independent films that show great story, production value, and are entertaining. Independent movies that show potential for box office success have studios clamoring and bidding to get their hands on them and shove them in theatres. In today’s market studios don’t want to take the risk of financing a project with a new film-maker, but they are willing to buy a final product if it is filmed properly and acted well. Some of these movies’ budgets are less than the cost of a new car, have actors working for free, and DP’s running around with standard light bulbs and cardboard reflectors. While this may not be the most attractive way to create a film it’s a win-win situation for new film-makers who just want to create and studios who are only looking to buy.

Before running into the forest at night to shoot the next big horror movie, film-makers should seriously consider the many resources online that can help prepare for an independent movie. Sites like Outofobscurity.com can help find financing, and Zoetrope.com and Massify.com can help in getting feedback and reviews on your script. Screenplay competitions like the Nicholl Fellowships in Screenwriting and BlueCat are two of the most well known, but be leery of others and do your research. Use sites like Actorsaccess.com for casting, and if you don’t want to pay for the account fee then go old school and start posting auditions on Craiglist.com. The resources are out there, they’re just not the big budget ones. Besides, nothing is more liberating than being your own boss: that’s why it’s called independent.

As an independent film-maker you can write your script, cast your actors, guerrilla shoot it on a beggar’s budget and find the success you are looking for. In order to do it though there are sacrifices to be made (most of them financial), and absolutely no guarantees. If you believe in your script, your actors, and most importantly yourself, your chances are a lot greater than if you gave up and didn’t make your movie at all. Creating an independent movie can end up being one of the most satisfying things you do in life. Success itself is dependent on preparation, quality and a little bit of luck. So while the rat race may be a clogged maze of big budget films, the independent film-maker can think outside of the box and still finish with a movie in theatres.

Christopher Ray Allison
The Out Of Obscurity team
Posted by balconybar at 3:53 PM

I've been following this blog for a little while now and I really enjoy reading it ... thank you for the insights. The last post in regards to algorithms and regression analysis was fun to read. It's an interesting concept that I've loosely followed. As a sports fan, I liken it to Moneyball.
My partner and I have been searching for financing on our current script. We just returned from the Fade In sponsored PitchFest in Hollywood. It was our first time attending a pitch festival and we handed out several synopsis's and a few scripts. So my question ... how much do we/can we benefit from attending these types of events? I see them as opportunities for sure, but wonder on what level we should temper our expectations?
Thanks again for the blog!

Thanks Christopher for that post! It was well written and most of all right on! I am a volunteer that spends at least 20 hours a week promoting independent films I believe in, researching countless hours on the computer looking for informative sites like this. Most importantly I search for that one door I can open to at least get ONE foot in. I have two problems: finding a "true" investor has been a real challenge- so many "lenders" pretend to be an angel/equity investor or they are a scam artist trying to prey on you. I have spent hundreds of dollars joining all these investment sites to only find the same ole (scam after scam after scam). I then spend many hours trying to find that creative way in opening the door of known studios, producers etc.I have been blessed to develop some cool relationships with some major players who have given some pointers. Then on the other hand many of these people are all about the unsoliciting thing- even if you are simply emailing them asking about their submission policy it is forbidden because they can only read, speak or even look at you if you are a "somebody", an "insider" of the industry. I understand some bad seeds have ruin it for the good people. I just do not understand what is going to happen when all these major players are old and retired. Isn't other people getting tired of the same old things (same actors, same type of stories etc.) Ok, I have rambled on and got off the point. How and where do you find true, legit, honest investors? I do at least see hope for independent artist because of the bravery of sites like Out of Obscurity for seeing the problem and willing to try to change the system. We live in a generation that people do things only if they are guaranteed something in return. Out of Obscurity has proven they are willing to help simply because they WANT to help and it is out of the kindness of their hearts. Bravo! Cami Ciotta