Busy At The Beach 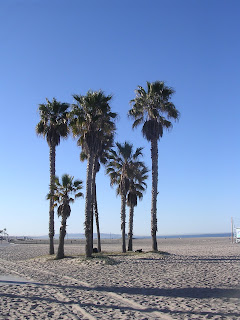 It was a busy run-up to the holiday season and we’ve been a bit remiss in keeping the news flowing from Movie Beach. We haven’t exactly been lazy, just a little diverted by a few projects that sprang to life in the last couple of months. We’re in the process of tying these up now so rather than the usual post-Christmas belt-loosening and stretching out in front of the fire we’ve been focused on getting some great business done before the year end. But with everyone else around the world in a soporific state that can be hard to do . . .

There are all sorts of year-in-review stories around at present and this isn’t one of them. But we do like to reflect a little at this time of year and 2010 has presented a few challenges as well as bringing great opportunity. While Movie Beach isn’t exactly eye-witness-reporting, we do like to focus occasionally on ground-breaking events in our niche of movie financing. Most positive of those for us this year has been the opening up of the Pandora’s box that is “studio accounting”, whereby several producers have won landmark cases in order to gain their rightful shares of earnings on movies and TV shows. We say this again and again but if you make an agreement to do something in any business you’re generally going to be held to that agreement. It’s taken a long time but the movie business is finally getting that sort of scrutiny where contracts will begin to reliably reflect what should happen in practice, and then if that doesn’t happen those contracts will be relied upon to get a judgment in court.

From our perspective the spin-off from all of this is that producers now recognise even more acutely that if they’re going to get investors to participate in their movies, they have to make meaningful agreements to reward them for taking the risk. For too long investors have been shrugged off as movies get made and rarely make a profit. Yours doesn’t have to be the most profitable movie ever made but there has to be something in it that the investor wants and if you can determine what that is and deliver it, then you’ll be in business.

Relax over the holidays, and we wish you a happy, peaceful and prosperous new year.

The Out Of Obscurity team.
Posted by balconybar at 10:44 AM

Happy New Year to you! Wishing you a successful 2011.

Thanks for putting this site up. Appreciate your time and info