A Square Deal In The Movie Business? 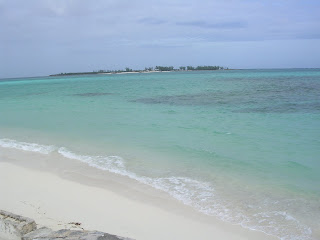 We were with a professional colleague the other day who’s raising money for a forthcoming marquee franchise property that’s being produced outside the studio system and is fully financed by equity capital from private investors. An intriguing combination as it seems to be every producer’s goal these days to have his movie 100% equity financed by a bunch of old ladies: however, few manage to pull it off. Our guys have raised $30 million so far and are on target to top $100 million to cover production and P&A on two movies in the franchise. It’s a powerful position, providing of course the distribution trail works out and the movie sells. But there’s a lot of confidence in their camp as the production and talent teams are second to none and the movie continues the legend of one of the all-time classics.

They have a revolutionary capital structure too, with investors guaranteed to be repaid capital plus profit first. In first position before any other entity, even the studio which eventually picks it up for distribution. That’s unheard-of in Hollywood and has been scrutinised to death by various parties to check whether it’s true or not. Not only that, but investors get provided with transparent financial statements and can - and do - visit the production any time to check on their investment. It’s a great concept to give investors exactly what you say they’ll get, and unusual only in that it seems so unusual to anyone familiar with Hollywood business practices. In most businesses you invest in some sort of promise and get to see how that pans out in practice and on paper. In Hollywood through the ages, however, investors have been surprised time and again on deals where they were promised some sort of “profit participation” only to be told “Sorry, your movie didn’t make a profit”. Examples are legion of blockbuster movies which have broken box-office records but never made a dime for their investors.

During the conversation our guy, who’s relatively new to Hollywood, asked in passing “Does anyone do a square deal in the movie business?”. As it happens the verdicts had just come down on two high-profile cases illustrating that very point, so-called “Hollywood Accounting”. The first featured the creators of the TV game show “Who Wants To Be A Millionaire” who sued Disney and ABC TV for unpaid profit on the long-running hit show: the jury awarded them $270 million. In the second case the actor Don Johnson sued the producers of his TV show Nash Bridges for unpaid participation and was awarded $23 million. Nobody knows whether these verdicts will stick on appeal, but they’re seen as the thin end of the wedge as there’s a steady stream of such cases coming through and no shortage of investors and producers feeling short-changed. They’re often settled out of court and in the wake of two such high-profile jury verdicts the studios will be seeking any way they can not to get back into court on subsequent cases. If things do take a turn towards business transparency this week’s verdicts could change the Hollywood landscape.

This is nothing new, of course, there are many ways for investors to lose money and a bad movie deal is only one of them. However it’s not simply that Hollywood is the bad guy, but it does seem somehow easier for investors to be seduced by the glamour of the movie business and scrutinise the terms of movie deals less thoroughly than they would on other investment opportunities. So we’re sure that there are indeed fair deals to be done in Hollywood and we’ve always believed in the merits of investing into quality movies in the right structure. We like to maintain a level playing field with our Movie Portfolio Fund, a feature we agreed on wholeheartedly with our producer friend. Give investors a fair deal and then sure, the movie business will still be highly lucrative if a little risky, but we’ll all share in the fun without feeling cheated out of the profit.

The Out Of Obscurity team.
Posted by balconybar at 3:42 PM