Back To The Creative Future 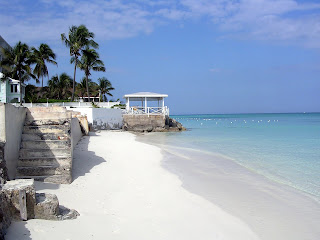 Walking the dogs this morning we got chatting about the creative process. What does it take to pull all of the elements together to create a successful movie? Finance is only a part of it, and the distribution deals can be generated if you find the money, but it all boils down to the script. A great story, compellingly-written, with an original voice is what actors and directors crave. But do studios and audiences have the same desires and outlook? You’d think perhaps not, given that many recent big hit movies have been remakes, sequels and adaptations of recognized properties like comic books. Heaven help us when the studios come out with their upcoming new wave of movies based on things like Lego, Asteroids, GI Joe and Barbie. Even Steven Spielberg’s latest announced project is a remake of the classic movie Harvey, featuring a 6 ft tall and loveable invisible rabbit. Whatever next, the Corn Flakes box movie? - please do post and let us know if that one’s already been done.

Audiences have been flocking to see tentpole movies in greater numbers than before, as underscored last week’s report that the studios’ big-budget spectaculars really are the movies that make the most money. And conversely they’ve been staying away from such high-minded fare as Duplicity and State Of Play. We hear regularly that adult – as in grown-up – movies featuring intelligent dialogue, excellent acting and real dramatic tension just don’t play any more. Maybe so, and maybe there are more young adults these days who’d prefer to watch Transformers. But come on, maybe there just need to be a few better grown up movies to drag people in off the streets. Sure, there’s a different demographic from the 1970’s when folks went to the cinema to be challenged and educated, but there has to be a market for quality, original work.

Writing in today’s LA Times, Patrick Goldstein reports that the studios’ current wave of cost-cutting in an effort to rely less on name talent and feed their pipelines with cheaper movies along the lines of The Hangover or episodes of Star Trek, is a throwback to earlier events. Goldstein tells us that uber-agent Ari Emanuel of WME recently reminded his team of a Life Magazine feature from 1970, when Paramount tried to jettison it array of expensive talent in favour of lower-budget movies and remakes: history repeats itself. But of course studios don’t always make the best decisions and trying to rely on formulas, or remaking past hits in the hope of recreating similar success, just doesn’t work. Epics, westerns and musicals have all been the tentpoles of their day, mirrored these days by sci-fi spectaculars, comic-book adaptations and the vampire bandwagon. Success does come in waves but it’s when the factory tries to just keep churning out facsimiles from the same formula that the train hits the buffers. The early 1970’s saw a rush of adventurous, creative and original film-makers making great movies like MASH and The Godfather that set the train off in a different direction of creative success. There’s always room for innovation, creativity and raw talent. And just as surely as 40 years ago the creative inertia will be broken by original, creative movies that audiences will want to see. We think it can't come soon enough: unless you’re on the edge of your seat waiting on the View-Master movie.

The Out Of Obscurity team.
Posted by balconybar at 5:41 PM